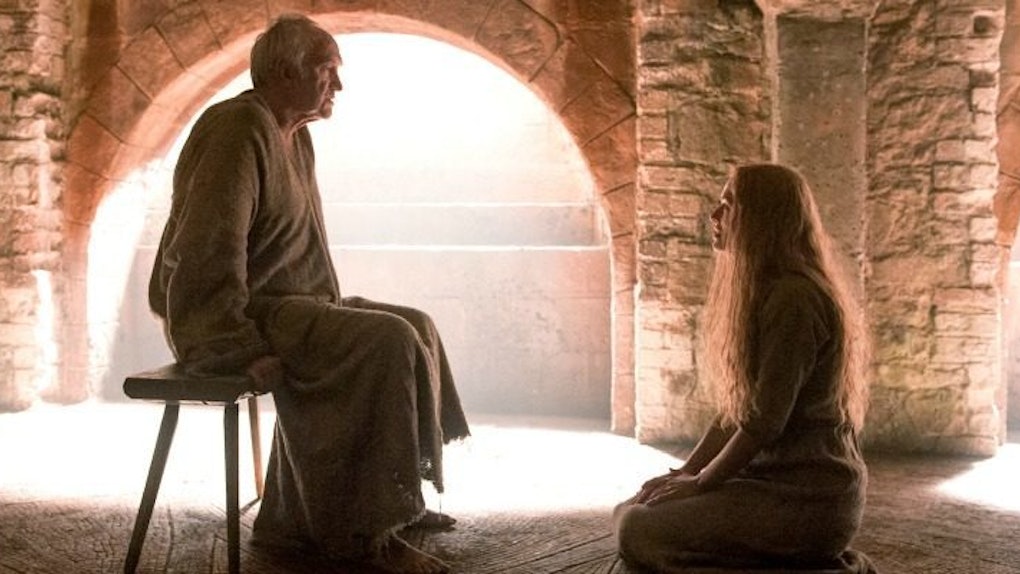 The season six finale of "Game of Thrones," "The Winds of Winter," finally brought about the death of one of the most interesting characters to grace the show, the High Sparrow.

From his religious preachings to taking control of King's Landing, the actions of the character portrayed by actor Jonathan Pryce made him an integral part of the "Game of Thrones" story.

Ultimately, the High Sparrow met his end after being burned to a crisp by wildfire in the Great Sept of Baelor, but during his time in Westeros, he taught us an important lesson: The faith and the crown are the two pillars of the kingdom. When one crumbles, the other falls -- literally.

Personally, I'm going to miss the High Sparrow. Throughout season six, I kept thinking to myself, "Where have I seen this dude before?" Then, it clicked.

Before Jonathan Pryce was our beloved High Sparrow, he was the dastardly Elliot Carver in the 1997 "James Bond" thriller, "Tomorrow Never Dies."

In case you're unsure these two dudes are one in the same, maybe a side-by-side photo will help you remember.

Believe it, folks. Elliot Carver and the High Sparrow were played by the same man. And while these two roles may not seem very related on the surface, don't forget both dudes were pretty bent on total domination and control.

Whether you make your home at the Great Sept of Baelor or the South China Sea, well, that's entirely up to the directors, I guess.

Either way, salute to Jonathan Pryce for once again showing his outstanding acting chops.